Getting Lost in Stranger Things

Yes I am addicted, if I find a show I like (really like) then I have to watch the whole thing as quickly as possible. Late nights, downloaded box sets, even early mornings to catch ‘just one more’ episode. This usually has two outcomes though:

So when I found out all of the cool kids were watching Stranger Things on Netflix, I thought that it was time to give it a whirl so the wife and I sat down to give the first couple of episodes a try. 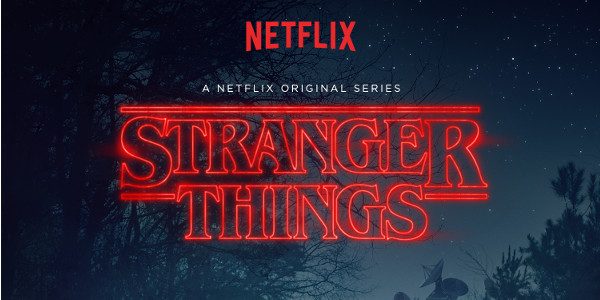 Firstly the show wreaks of the 80’s! I love the fashion, sayings and tech around the main protagonists, I grew up in the 80’s and there is definitely something a little ‘Goonies’ about the show.

The acting is outstanding, Winona Ryder is one of the main cast members and obviously sets the bar high, but the main characters who are all played by children are absolutely outstanding. They all seem to get better with each episode, and I was seriously impressed by the production and script.

Another one to watch is David Harbour who plays local cop Hopper, is outstanding – he reminds me of  a Gene Hunt throwback to policing: rugged and not always playing by the rules, but with best interest at heart (generally).

So on to the show and the plot, well as this is a spoiler-free zone I obviously cant tell you too much, but when a little boy goes missing in a small town, strange things happen (followed up by stranger things, see what I did there).

The show is a mild horror/sci fi/thriller/fantasy deal produced by the Duffer Brothers, and heavily influenced by the likes of Stephen King. King is a fan of the show and very complimentary on social media:

The show reminded me of one of my favourite shows, Lost. The surreal elements are pretty similar and the build is good whilst the day to day activities happen. The ending however (at least for the first season) was very satisfying, and it reminds me of early Lost rather than the later seasons.

This is the first Netflix Original series that I have watched (I know I’m late to the party) but I was seriously impressed by the production and story, it is far better than anything I have seen for some time. A second season has been agreed and I look forward to hearing what happens next, I just hope it doesn’t ‘jump the shark‘!

Give it a watch and let me know what you thought of it.

Thanks for visiting. I’m a freelance writer based in Wales, writing about anything from product reviews, to sports stories, with a healthy dose of interviews with some interesting people thrown in.

I also mess about with some poetry which I’d love you to read.

Check out the different pages on the site, and dont be a stranger – get in touch and bring biscuits.