What a strange 48 hours in the life of an England fan and football fan in general.

After a lifetime of working towards the ‘big job’, the unglamorous no-nonsense manager with a reputation for getting the job done, even in an ugly way if necessary, finally gets that job of a lifetime – the biggest job in British football –  but the job that lasted only 67 days.

Thanks to the work of journalists from The Telegraph, Sam was filmed speaking about various delights including how to get around player ownership rules, derogatory terms about his predecessor and a potential £400,000 deal which would see him address investors in the non-existent company setup to buy players. 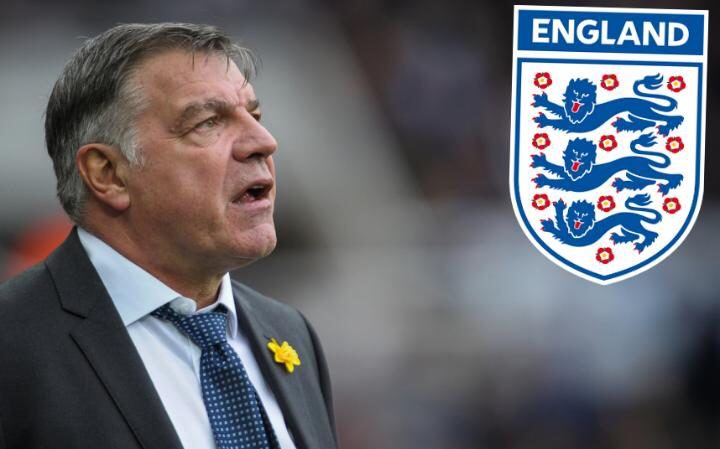 Newspaper headlines are consistent in damning Allardyce’s actions and underlining the fact that there really was only one outcome which would follow this news – Sam Allardyce simply had to leave the job of England manager.

Interestingly him leaving was a mutual decision, one which is said to pocket him a further £1m. An option to the FA would have been a gross misconduct investigation and hearing, and a potential dismissal to follow (with no compensation) if they felt it was the right thing to do. This takes time however and I guess the FA wanted a quick and clean break. 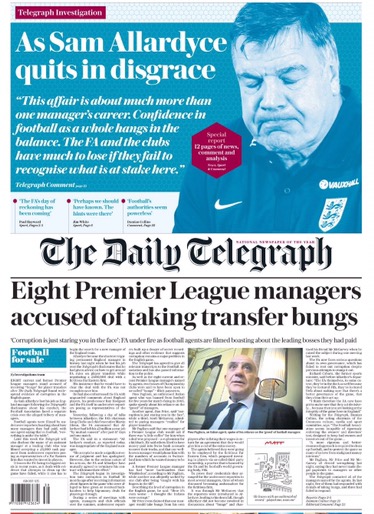 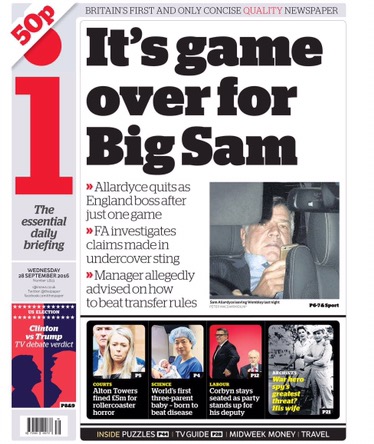 The reaction I have been surprised with however is the slightly vitriolic ramblings of fans on social media, Twitter especially. When newspapers, journalists and others have tweeted about the subject, they have been greeted with a barrage of words like “grass” and “snakes” and pointing out that he had been “set up” by newspapers (there were swear words thrown in but you get the idea).

What is the motivation here though?

Why are people quick to protect someone that there have been suspicions and allegations around for some time, and now, in the premier position in English football, he brings shame to the country’s game; happy to advise on how to get around rules, and happy to take £400k, even before a ball was kicked by his new team. How naive for a 61 year old man who has been in the game for a lifetime. 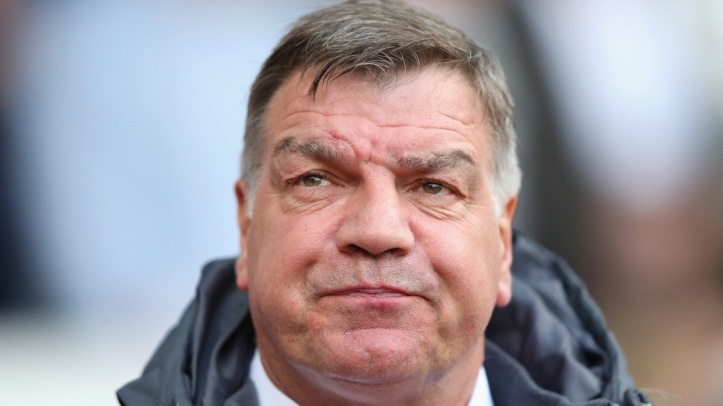 For me this is a victory for journalism. The great work done by The Telegraph about Sam and allegedly a number of other Managers will hopefully help to clean up the game which has gathered so many outside influences.

Where does the money come from?

Well in addition to the corporate sponsorship money, you! Yes you Mr honest football fan who is defending poor old Sam for being set up – remember when you complain that football tickets are so much more expensive in England than in Germany or than they were 10 years ago? Remember when you complain every year that your Sky subscription increases every single year? All of this revenue (especially the latter) goes directly into the bidding for football rights, and injects yet more money into the game.

It is pretty standard and accepted for footballers (often average squad players) to earn over £100,000 per week and it creates a bubble which takes the upper league footballers even further away from the fans who are having to scrimp and save to pay for their ticket that week.

I would like to think that this could prompt some sort of clean up of the game, but I’m really not sure if that will happen. The industry is so big (and I haven’t even mentioned the influx of rich foreign owners or the alleged corruption at FIFA’s level) that I fear it is beyond change.

How do you view the Sam situation? Is he a victim of headline-chasing reporters, or is this a victory for journalism?

Thanks for visiting. I’m a freelance writer based in Wales, writing about anything from product reviews, to sports stories, with a healthy dose of interviews with some interesting people thrown in.

I also mess about with some poetry which I’d love you to read.

Check out the different pages on the site, and dont be a stranger – get in touch and bring biscuits.